Is minimum wage such a good thing after all?

Welcome to Finance and Fury! The main aim of our Furious Friday editions is to clear up misconceptions. We’ve been seeing a lot of news stories lately about companies underpaying staff – 7-Eleven, hospitality businesses, celebrity chefs etc.

The incidence of this has risen over the past few years – why can’t these people just pay the legal wage?

This episode may be a bit upsetting depending on what side of the coin you’re looking at…we’re talking about wage controls, that is, Minimum Wages. Are they good or bad?

What are minimum wage laws? 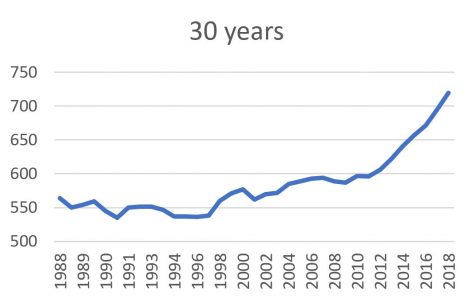 So, is this good or bad? – There’s always two sides to every coin

Employees – The effects: What happens when minimum wages are introduced

The productivity bar: You need to get what you pay for

The prerequisites for employment increases – how is this measured? By a piece of paper, known as a Degree.

But when everyone has something, it becomes less valuable – this is the same with education and means a devaluation of education in the long term.

What the stats say – Employment levels

Lot of studies find that minimum wages are statistically insignificant regarding their effect on employment overall – that is, they don’t create much of a change.

This is true when you look at it in aggregate. As we just touched on, it’s hard to fire existing employees when minimum wages go up. But…

Overall, the jury is out on the effects of minimum wages – however there is consensus for the young or lower skilled:

At their current prices, are Bank Shares a good income investment?

Welcome to Finance and Fury, The Say What Wednesday edition This week the question from Jayden – Are CBA and other bank shares a good investment for dividends at the moment? Based around current price and un-updated yields – Based around prices and assuming dividends...
Listen

Welcome to GameStop: may we take your order?

Welcome to Finance and Fury. In this episode, we're going to cover the GameStop saga. It's still ongoing at the time of recording this, so new information may be out by the time you listen. I wasn’t going to cover this topic – I saw this first pop up either Monday or...
Listen

Can shares be leveraged as part of a property purchase?

Welcome to Finance and Fury, The Say What Wednesday Edition I would like to start by saying a big thank you for the knowledge you have passed onto myself and the community. My question lies around equity, if you have a considerable amount of money in shares, say 200k,...
Listen

Why is talking to your kids and family members about money so important?

Why? – nobody else will help to confer information and thus Teach them about value of money – Kids don’t understand value of not just money as a medium of exchange – but that their time has valued attached to it – I don’t think some adults know that either At the very...
Listen

Welcome to Finance and Fury, I’m Louis. Today – want to talk about overcoming fears and focusing on your purpose and making a plan to become self-reliant – fears of the virus, or government responses and losing jobs - and instead focusing on what can get you through...
Listen

Wars and the original purpose of Central Banks

Welcome to Finance and Fury, The Furious Friday Edition.  Today is an interesting episode - Central Banks and Wars – Often wouldn’t think of these two together – What is the purpose of a central bank? Financial stability, a lender of last resort, to smooth out the...
Listen

How much do you really know about cash and how it works?

Episode 26 How much do you really know about cash and how it works? In this episode we discuss Cash. We will run through what type of asset it is, how the currency system works, and how it can be manipulated! We also discuss: The good old days of the Gold Standard...
Listen

Buying Property & Financial-Crash proofing your investments: how to get yourself into a position to survive any market correction

Infinite Banking Concept – can you become your own banker?

Welcome to Finance and Fury, The Say What Wednesday Edition. Where we answer your questions. I'm Louis Strange and today's question comes from Mark. Hi Louis, I just heard about IBC (INFINITE BANKING CONCEPT) and I would like to know your input on it. They are saying...
Listen