How to not get tricked by election promises!

Welcome to Finance and Fury, the Furious Friday edition

This is a continuation from this week’s Say What Wednesday episode, in part one on Who to vote for? Check it out here.

Subversive tactics are used to pass policies with positive rights:

What are the polls saying?

How do we vote for our PM?

Thanks for listening, if you have any questions you can ask them here. 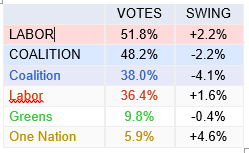 The future of property supply in Australia

How to be wealthy; Germs, Monopoly, and Competition Vs Cooperation

Episode 2 How to be wealthy; Germs, Monopoly, and Competition Vs Cooperation. Hey guys, and welcome to Finance and Fury. Today the misunderstanding we're going to be tackling is how to be wealthy. There seems to be a lot of “rich-hating” going on around at the moment,...
Listen

Furious Friday: What is the future of the Australian Economy?

Welcome to Finance and Fury, the Furious Friday edition. A lot of people are talking about how this shut down having a similar or worse economic effect than the great depression. Today, we are going to look at recessions, what happened in the great depression, and...
Listen

Welcome to Finance & Fury’s Say What Wednesday Today’s question is from Lucas, “Hey guess, just wondering if you think that flipping houses is a good strategy? Can you really make a living flipping houses?” Good question! Flipping houses has become very popular...
Listen

How controlling your time is your path towards freedom?

The ability to get more achieved - learn how to control your time, not just manage it. This is what this episode will focus on, or put bluntly, it’s about Getting Shit Done!   What is time? Time is the indefinite continued progress of existence and events that...
Listen

Is it a good time to invest? How to overcome investment uncertainty and start investing

Welcome to Finance and Fury. Things seem to be calming down – markets have recovered somewhat – the US election volatility has been minimal – may see some short-term movements this week This episode – How to overcome investment uncertainty and start investing! The...
Listen