Welcome to Finance and Fury, the Furious Friday edition!

Today’s misunderstanding is about the “Too big to fail” myth.

I want to tell you a story. It’s probably a relatively unheard-of story… of our “Big 4” banks and their recent history.

The whole point of this is to answer: Are financial collapses created by too many regulations, or not enough?

The answer seems to be that more regulation is the only way to solve future financial crashes and any financial collapse has had some form of regulation come out of it as a result. But, the aim of this episode is to see if this has helped or hurt the economy and the banks overall

Warning: The banking system is pretty complicated, so there’s some points in this episode that might be pretty in depth. But that seems to be the whole point of the financial system: Make it so complicated not many people know what is going on. I have tried to make this as simple as possible so hopefully it isn’t a bore.

In this episode: What we will go through

Timeline: How did we get where we are now? 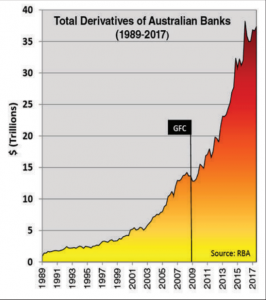 What stops this all going wrong: APRA has to overregulate in response –

Why does it matter? What happens to just 4 banks has an affect on everything! 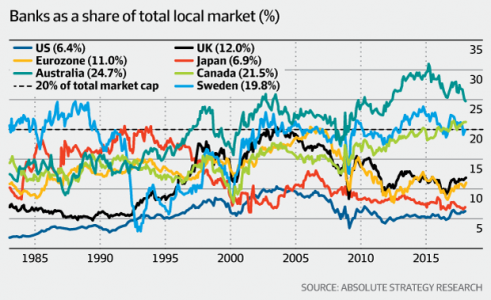 Why are just 4 banks so big? The regulations lead to concentration at the top – Economies of scale to survive
The banks love (or loved – see the Banking Royal Commission) vertical integration! It was needed to survive in the regulatory world.

Current state of the banks

The party is over for most as they are selling other divisions: CFS for CBA

Hopefully the vertical integration can be looked at – A brief history of things:

Thanks for listening! Next Friday we look at Part 2 of this question

Welcome to Finance and Fury. I was looking at an interesting survey that is regularly conducted – so in this episode What do investment managers think the top risks to the markets are? This is a survey that Deutsche Bank regularly does where it surveys investment...
Listen

The 4 reasons when not to buy property

Welcome to Finance and Fury Today’s episode is with Jayden and we will be talking about why property might not work for you, or when you shouldn’t buy property. We have talked about using property to build long term wealth using leverage. However, there are some...
Listen

by admin | April 26, 2019 | Economics 101, Furious Friday, Podcast, Series, Technology and the future of finance, Think for yourself | 0 Comments

Welcome to Finance and Fury the Furious Friday Edition On the last episode we talked about the City of London Corporation, a mini plutocracy Today we are exploring at what point does a financial sector state to crowd out real economic growth? Referred to as the...
Listen

Financial markets and their comparisons to betting on the US election

Welcome to Finance and Fury, the Furious Friday edition. In this episode we will not be looking at the great reset further, that will be next week, but instead we will be having a look at how financial markets compare to the betting markets – in relation to the...
Listen

Furious Friday: The centralisation of power and control of the economy

Furious Fridays The centralisation of power and control of the economy Last Friday we looked at the stock market crashes of 1907 and 2008 Difference between them was the crash of 1907 had no intervention by any central bank in the USA – because no central bank...
Listen

When do you know that the share market has bottomed out?

Welcome to Finance and Fury. How do you know the market is at its bottom? In truth, you never do – most of the time it comes down to luck as to whether you buy in at exactly the right time Remember that the price of the market can move more than a percent in a day –...
Listen

Welcome to Finance and Fury. Today we’ll talk about what rules the market, fear, and why it is important to have some fears but also overcome them Fears rule the market – and the more fear makes the market more volatile  Occurs on both side – fears of losing money –...
Listen

Printing an unbacked currency to avoid asset price declines. What could go wrong?

Welcome to Finance and Fury. This week we will be looking at the Mississippi bubble. I find it a very interesting story of speculation and devaluation – creating a situation of loss of confidence in an early form of fiat currencies –– Lessons to learn from this – I...
Listen

Welcome to Finance and Fury, the Furious Friday edition. This episode – will be looking at derivative disasters through in the history – looking at specific crashes of near financial disasters – that were contained Specifically – Look at a few examples in Australia...
Listen

Investment allocations and structures that can last the test of time and how to ensure that this can be passed to the next generation of family members?

Welcome to Finance and Fury, The Say What Wednesday Edition.  Today's question is from Mario  Thanks so much for continuing to put together your insightful and informative podcasts. I have a question about investment strategies that last the test of time and can...
Listen